A documentary film about how a small Maryland town dealt with a B-52 carrying 2 thermonuclear bombs that crashed during the blizzard of the century on January 13, 1964

January 13, 1964 a B-52 bomber crashed into Big Savage Mountain in the middle of the snowstorm of the century.  We bring the details of the tragedy in a 6 part series

Four of the five crew members ejected and needed to be located and rescued before they died. This film tells about the rescue, recovery, deactivating bombs, cover-ups, and impact that occurred to the crew and citizens of Grantsville, MD. The local citizens became the first respondents and almost died trying to locate the crew members.  Now after 50 years they are telling their heroic stories so the whole world will know the truth!

Two crew members were rescued and 2 were found frozen and 1 crew member was unable to eject from the plane and was found in the wreckage. 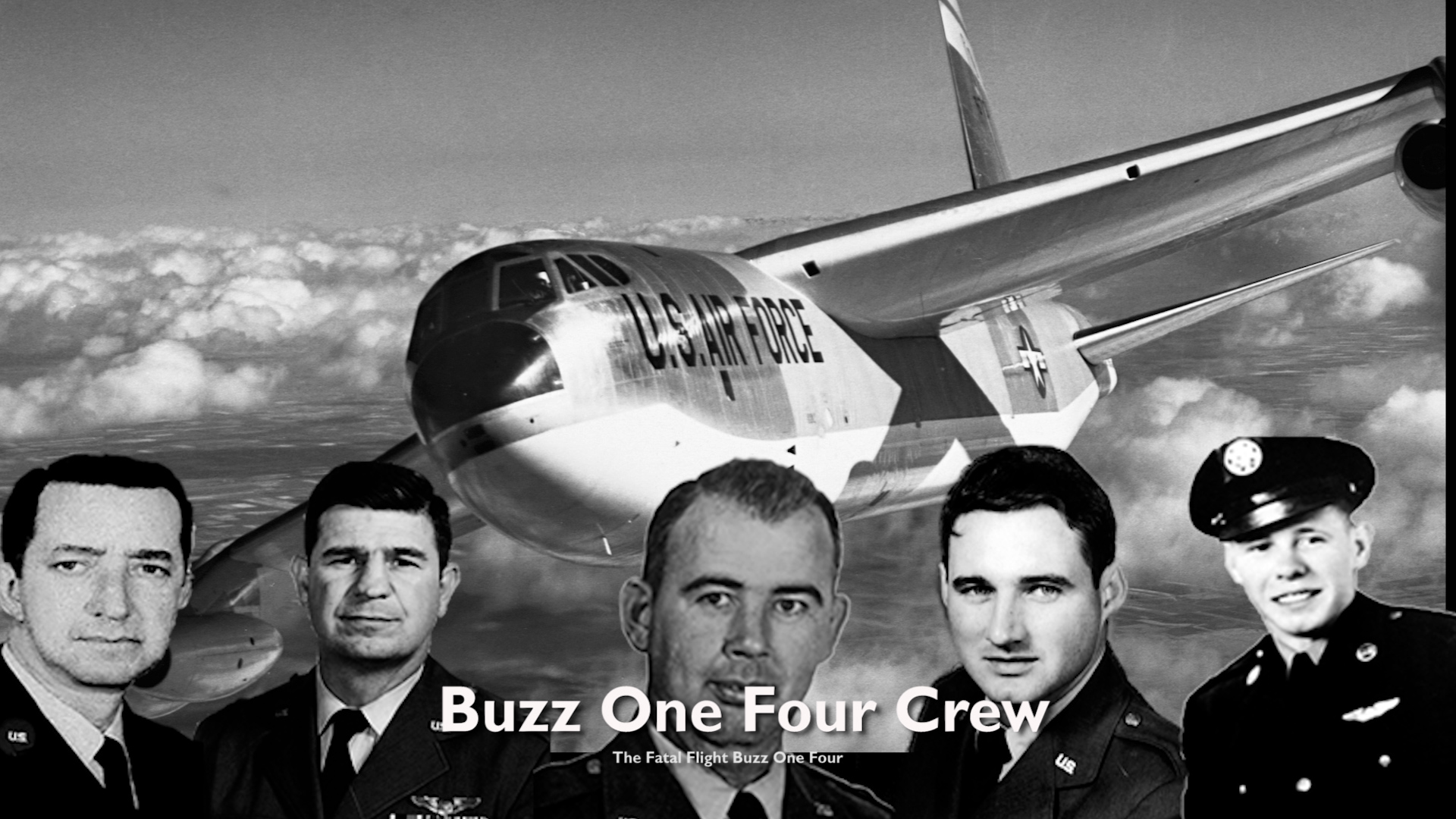 Play the trailer and other movie segments below. Use the tabs at the top to change parts.

The Fatal Flight Buzz One Four Trailer from Renee Green on Vimeo.

Documents and witnesses prove the USAF and Boeing were aware of the wing-tail design flaw, but profits prevailed

This event happened over 50 years ago and it is time that the true stories are told so the whole world will know about it and learn how to deal with a traumatic event of this magnitude with compassion for all involved.

When this B-52 crashed, the USAF tried to cover it up and threatened to put people in jail if they talked about the crash or had any parts of the plane in their possession. Now after 50 years, they are telling their Nuclear Nightmare story thru this documentary. The final cover-up was that the USAF blew up the remaining parts of the B-52 and dug a huge hole and put the parts in it. Then they “covered” it up like it never happened. Now the parts are resurfacing due to erosion of the soil.

LOCALS step up to help

who had either ejected from the plane or crashed with the plane in blizzard conditions after the plane’s tail fell off. The whole town rallied together to assist in the rescue and recovery efforts and will never forget what happened during the week of January 13, 1964. Renee Green’s grandfather Harry Green grew up on Big Savage Mountain. Many of the local heroes in the documentary are actually Renee’s relatives.